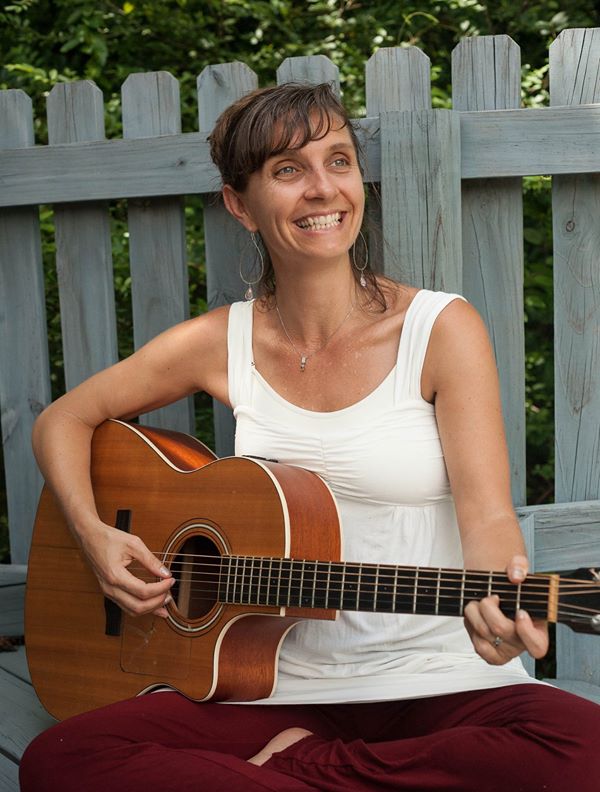 "Luna" Ray is a teacher of yoga, a workshop and retreat leader, kirtan musician and recording artist, and an activist for conscious and empowered community collaboration.  As an advocate for wellness and spiritual growth, Luna works with the deep intention of inspiring and encouraging humans to cultivate an awareness of their inherent wisdom.   Luna believes that by coming together, and using the tools of yoga, including mantra and meditation, we are led to our hearts deepest desires, and we build the strength to act upon them.

Luna has been a  student and practitioner of  yoga, mantra, music and meditation for the past 20 years, and a teacher for over 10 years.   She is ERYT 200 certified yoga instructor, and her primary study of yoga philosophy has been tantra through the teachings of Rod Stryker and ParaYoga.  She is deeply devoted to the practice of  Bhakti yoga, (yoga of devotion) and deeply  influenced by teachers Russill Paul, Rama Jyotir Vernon, Krishna Das, and Ram Das.   Luna has recorded, and co-produced 3 albums that feature nationally known artists including, Wah!, Girish, and David Newman.  She has travelled and taught extensively throughout the world weaving ancient yoga tradition, and heart felt music and mantra, deeply touching the souls of those who come to her events.

Luna is currently guiding a variety of  yoga classes and workshops,  leading on-going Bhakti Immersions for Women, teaching Bhakti Modules in ERYT 500 trainings in the Eastern and Mid-Western US, and mentoring yoga and music students (adults and children).  She is also leading kirtan, and offering music within yoga classes at yoga festivals and in studios in the eastern U.S.  She is a co-founder of True Nature Education (www.truenatureeducation.com), a holistic travel company who hosts a diverse catalog of retreats in Costa Rica each year, and the CREER Service Organization (www.creerbelieve.org), an organization that creates a bridge of support from the US to the rural villages of Costa Rica.  When Luna is not traveling, she resides in Asheville, NC with her husband Joshua and her young daughter Jaya.  For more information about Luna and her offerings go to: KristinLunaRay.com or email kristinraymusic@yahoo.com

In 2009 Luna released "Where Heaven Meets the Earth".  Reflecting her world travels to India, Costa Rica, and Fiji, the album features a number of prominent musicians playing unique world instruments such as the kanun (Turkey), tablas (India), the Oud (Persia), and numerous others.  This world music backdrop supports Luna's folk-inspired acoustic guitar, and lyrical storylines that address themes of spiritual growth.

In 2012 Luna released  a new world-music inspired kirtan album entitled “One Shared Heart.”  The album features internationally acclaimed guest artists Wah!, Girish, Alvin Young (Sean Johnson and the Wild Lotus Band), and more.  The songs on the album are diverse in styles from around the world, utilizing various Sanskrit mantras, danceable grooves, and featuring the pure and angelic voice of Luna. The album is distributed by the prominent record label Spirit Voyage.

Luna has collaborated with and shared the stage with recording artists such as Wah!, David Newman, Donna DeLory River Guerguerian, Shimshai, Bhagavan Das, and Girish. Luna believes that music is vital to maintaing health and well-being.  She is committed to sharing music in a way that awakens a deep remembrance of our truest Self. 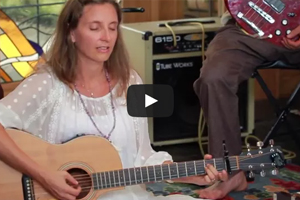 Luna's voice is inspired and uplifting - her music weaves a beautifully moving and gracious atmosphere throughout. It's definitely worth experiencing.

This was the best concert I have ever had at my studio!

Luna's music simply put, is magical and luminous. Luna has a unique quality in her voice that transmits something special, a kind of nectar that permeates all.

There are many Chant CDs now for the Yoga market (and I work on quite a few of them) but this one stands out and deserves to be included. There is an honesty in the performance, a creativity in the musical ideas, and a surprising variety or arrangements that is refreshing for this genre of music. Kristin has a great voice and charms us on all levels.

The sound and feeling of the music of Kristin Luna Ray is reminiscent of early Krishna Das and Wah!

Luna's music is awesome. Her voice is pleasant and smooth and gives me chills. And best of all, she picked me up and took me into this peaceful and joyful world within me.

Luna's voice is inspired and uplifting - her music weaves a beautifully moving and gracious atmosphere throughout. It's definitely worth experiencing.

Luna came to our small community and transformed our yoga studio into a sacred dwelling.  There is a deep and sincere honesty that is reflected in her music and her presence that brings together people in an extraordinary way.